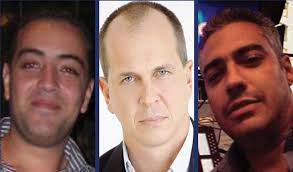 One thought on “Free the Al Jazeera three – 200 days in prison.”