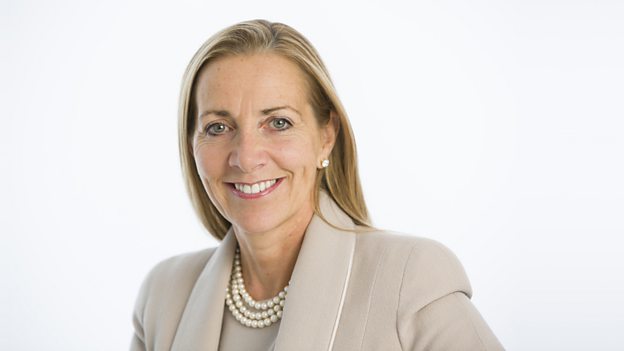 I’ve been taking a look at Sir Howard Stringer’s fascinating report looking at the future of the BBC’s world news operations.

Commissioned by new Director of News James Harding, it takes a look at how to achieve the new Director General Lord Hall’s vision of a 500 million global audience for BBC products by 2022. And it was written by the man who may well be the new chairman of the BBC Trust.

So, this isn’t just hot-air. Both Stringer and the BBC say this isn’t a blueprint for the future. They’re being disingenuous. It is exactly that.

What’s the plan then? Well, it’s simultaneously radical and conservative; strategic and reactive; bold and yet curiously cautious.

Let’s take the big one first:

Mobile and social first. For a pure-play digital news organisation this would be a no-brainer. The BBC already says its website has more mobile users than those using traditional PCs. By 2022, one would expect this to be by far the most dominant method of accessing digital news.

But it’s hard to under-estimate what a large change in mindset and culture this will require of the BBC, for World Service radio, World TV and the digital news operation. What will it mean for newsgathering and output? The website’s a powerful player in BBC News these days, but even with Harding’s emphasis on digital, it’s still not the primary driver of output. Forget meaningless calls to action, such as the nonsensical claim that more people follow @BBCBreaking than watch an edition of the 10 o’clock news (they do, but who are they, where are they, what are they and how do they interact with BBC services?), when it comes to driving newsgathering and the daily output it’s still the big beasts of output that matter most. The TV news bulletins, Radio 4 news programmes, World Service news.

To break down that powerbase and to move towards an always on-air approach to digital news will be a huge strategic, cultural, and managerial change. Reworking the digital output so that it’s targeted at global mobile users is an editorial as well as a technical challenge. And it’s a laudable ambition that signals an appetite for the future which should be welcomed.

Lots of the coverage of the review has focussed on Sir Howard’s reflection that the BBC doesn’t punch its weight when it comes to social sharing of news. He points to Buzzfeed as one of the new kids on the block with global traffic that’s similar to the BBC’s once you exclude the UK (which is a bit of an odd thing to do given that’s the home market). This has prompted much horrified and rather literal comment. As if the BBC’s content is now going to solely be made up of lists such as this absolute corker or GIFs of cats that look like Hitler.

But it is worth reflecting on whether there are things that can be learnt from the mechanisms and brands of social news. Why can’t Newsbeat be a global youth news brand? Is the news coverage of the website too strait-laced, where the programmes themselves have personality. Where, for example, is the website version of Newsnight or PM – not just as a brand extension but in style and tone for digital natives? Channel 4 News has made great strides in reflecting it’s broadcast brand online, why haven’t BBC news programmes?

These, it seems, to me are perfectly sensible questions to ask. There’s no dumbing down here. But for all those newspaper editors watching with crossed fingers, hoping that the BBC’s getting out of straight news reporting…. don’t hold your breath. It seems to me this is tinkering at the margins of the core product not reinventing it.

And after the big bombshell it’s back to business as usual. Earn more money from commercial ventures, tick; grow the big language services and get rid of the small ones, tick; partner with local providers, tick. All long-standing BBC ambitions that rarely seem to have much impact. Yes, Top Gear makes a lot of money, as do other programmes, but there’s been less success with other commercial proposals – cf Lonely Planet. Because, in the end, the BBC is not a commercial organisation – it doesn’t have the profit motive embedded in its DNA.

There’s some other mildly interesting thoughts, a multi-genre channel for Africa akin to BBC America and a new Korean language service. Again these are extensions of current strategy, rather than radical new ideas.

And then there’s the completely pointless and bonkers idea: the international op-ed forum. Because the BBC really needs to be republishing controversial opinion pieces like a hole in the head. Firstly, this is hardly an under-served market – everyone from The Guardian, to the New York Times, to Al Jazeera does it. And secondly what possible benefit does it bring to the BBC? This feels like a concession to the fact that senior journalists like leader and opinion columns and conferences, but the BBC should leave it well alone.

But all of this doesn’t even begin to tackle the big challenge for World News on radio, television and online. It needs to justify itself to the licence fee payer. At a time when the licence fee is coming up for renegotiation and domestic viewers are seeing services close, can the BBC really justify an increase in spending on services that don’t have a sound commercial under-pinning?

It seems to me that’s the big issue that Sir Howard’s report is missing. Why should the licence fee payer support a new Korean news service when the BBC is closing its youth TV channel? The costs may not be comparable, but without a solid argument as to why this is the right strategy, the BBC is setting itself up for a confrontation with the people it relies on most.

And if you want to see Buzzfeed school the BBC in how to cover a BBC story in Buzzfeed style – take a look at this.