Will she or won’t she?

Theresa May has been quick to rule out taking part in a televised leaders’ debate as part of the General Election campaign.

It is the same old problem facing spin doctors in Downing Street.

On the one hand television delivers mass audiences and impact with voters.

On the other, your opponents may benefit more than you.

In most campaigns back as far as the early 1960s, Downing Street has successfully killed them off – sometimes with help from other party leaders.

The exception was in 2010 when Labour PM Gordon Brown felt he had little to lose and perhaps something to gain.

The result was branded by the newspapers “Cleggmania” as everyone agreed with Nick.

But despite raised hopes of a breakthrough, on election night the Liberal Democrats actually lost five seats.

By 2015 Prime Minister David Cameron was a lot less enthusiastic about the debates than he’d been as Leader of the Opposition.

After initially refusing to take part he finally agreed to a single leaders’ debate broadcast on ITV, as well as to being interviewed in series with Ed Miliband and Nick Clegg and a challengers’ debate, which took place without him.

There’s some evidence the TV debates did help him successfully increase his majority.

Watched by more than seven million people, a survey conducted just after the election by Panelbase found that 38% of sampled voters were influenced by the debates.

Now Theresa May’s opponents are accusing her of being frit, ITV is saying it will “empty chair” her by going ahead without her participation, and the Daily Mirror is digging out its chicken suit once again.

So when Theresa May says no, listen for the but…

The broadcasters are trying to find a format Downing Street will agree with and, one way or another, the election debates will take place and Theresa May will have a role in them. 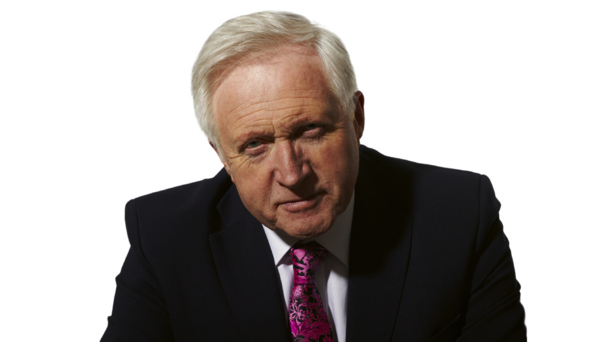