One year into this blog, and that’s about 358 days longer than any previous blog I’ve attempted, here’s the top five performing posts of the last year.

5. Behind the scenes at Al Jazeera

The John Oliver post was the runaway winner, thanks to retweets by Andy Zaltzman and loyal Buglers around the world.

The online video comparison did well on Linkedin. I also tried reposting a few things on Linkedin but there didn’t seem to be much traction. More inspirational business leadership blogging required for cut through there.

With Google implementing HTTPS searches, search terms are no longer a hugely interesting resource using WordPress’s native analytics. But the most searched term of the last year was unquestionably Richard Zackheim, the new Deputy Editor of ITV News. Relatively little has been written about him so my short blog welcoming his appointment performs absurdly well on Google. Still, I’ll take the glory where I can get it…

Normally when I post something on Twitter it doesn’t have very much impact. I have a few hundred followers and occasionally one will retweet me or reply to something I’ve said.

But last night I found dozens of people had retweeted or favourited a tweet I posted a few days back:

I was slightly surprised, until I spotted it had been retweeted by the great Graham Linehan, writer of Father Ted, The IT Crowd and more.

The result was I felt obliged to engage with some of the replies about “The Right to be Forgotten” – a throw-away comment had forced me to think a bit more about the ruling from the European Court of Justice.

Effectively the ruling is based on this premise:

Do I have the right to control data relating to me on the internet?

Yes, says the court. It’s not a ruling without caveats but essentially it states an individual should have control of the way information appears about them online.

The law which underpins this case was passed back in 2012. There’s a good write up of it here from the Stanford Law review. Quoting Google’s chief Counsel, the author argues, there are three real world examples that one might draw on to understand the implications of the law – each progressively more dangerous to freedom of speech.

1. If I post something online, do I have the right to take it down?

2. If someone republishes the thing I posted online, do I still have the right to have it taken down?

3. If someone posts something about me online, do I have the right to take that down?

For most people, I suspect, the first example would be uncontentious, the second more difficult but still arguable. The third is the most controversial and it’s this argument that the case of Mario Costeja Gonzalez relates to. He was unhappy that a Google search returned a link to a bankruptcy case involving him in the 1990s. He successfully argued that he had the right to be forgotten – that this information was no longer relevant. He says he has settled the case and the fact there was such a case two decades ago is of no relevance to people doing business with him today. The fact that it was published in a newspaper, that it was accurate and truthful didn’t matter to the court.

It’s this element of the case that has taken many commentators by surprise. The court has ruled that truthful, accurate information published about a person can effectively be removed from the public domain without recourse to legal action.

There’s two big caveats here – firstly the court said that information linked to people of public interest would be exempt. For example, Google could refuse to take down a link to a political figure which revealed a past conviction for a hate crime. Such a case would clearly have a public interest in remaining available to users.

The other big caveat is where information is being used “solely for journalistic purposes or the purpose of artistic or literary expression.”

The court has recognised that there is a clash here between the right to privacy and the right to free expression. But it appears that the court is suggesting  a two tier system of publishing. A person might be able to request the removal of a link on Google to a news story about them, if they were able to make the case that it was no longer relevant. But that person would not then automatically be able to force the original publisher to remove the content from their site. Effectively creating a two tier search system – can’t find any information about someone on Google, you’d better double-check on a newspaper’s own website too.

It’s also unclear what happens if the newspaper is using Google site search as the search engine for their own website. Although if I was a publisher I would be playing safe at this point and moving to a white label search tool.

This system seems ripe for abuse, not least because it’s far from clear what the legal checks and balances should be.

Google will now have to create some kind of tool allowing people to flag content for removal. They will then make a decision on whether to remove the content. That raises a number of important questions. Who is making that decision and what is the process? If I own the content, how do I appeal against this decision? What incentive is there for Google to ever decide to continue with publication and fight the case in the courts? Who bears the costs of any legal case?

These processes are going to be tested in the coming months and years. There have already been requests for information to be removed. According to The Guardian:

A former UK politician now seeking election again wishes information about their behaviour while in office to be removed. A man convicted of possessing child abuse images has demanded links to pages about his conviction are removed, and a doctor has said that negative reviews from patients should not be searchable.

A couple of final thoughts here.

Firstly, this is yet another court ruling which assumes that Google is not an information blind generator of links but a publisher which should have editorial mechanisms in place to police the links it creates. That can’t help but have implications for both Google and future tech businesses. A platform, not a publisher is no longer any kind of defence. In effect, Google is being asked to act as a curator for the web rather than just be a navigation tool for it.

Finally, the court seems to be calling for a technical solution to a human problem, but how hard would it be to envisage technology circumventing this ruling? Could a freedom of expression campaigner create a bot which detects when a link is deleted from Google and republishes on a new URL, forever staying one step ahead of the deletion requests? This could easily end up as the digital equivalent of Whack-a-Mole.

Well, this turned out to be a longer post that I intended. If you’ve got this far, well done. Have a John Oliver video on the right to be forgotten as your well deserved reward – and the flowers were forget-me-nots… see what I did there…. 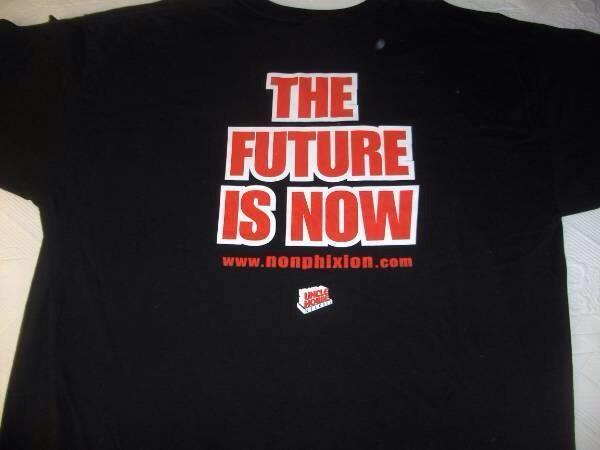